Hey everyone, as you may have noticed on the left side of this page, I will be hosting a giveaway for my new short story collection, Abstract Clarity. The rules can be found on my Instagram page, or below!

THE RULES:
1.) Mention my book (Abstract Clarity by B.W. Ginsburg) in your feed. Make sure to tag me in your post. This is how you get entered!
2.) Make sure you have a way to read Kindle E-books as this is the format you will receive, should you win the giveaway.
3.) Be willing to give me your email if you win as this is how your book will be sent to you. I will send you a DM if you are the winner. The winner will be randomly selected.
4.) Please consider leaving an honest review after reading the book if you win the giveaway…

Hey guys! I hope you’re all having a great day! As just a reminder, I’d like to mention that in addition to this blog, I also have one over at https://restinpieceblog.wordpress.com/, which is dedicated to my two books and other advice and thoughts as a writer/author. Please feel free to check it out!

Hi everyone! I thought I would take part of this week to talk about each of the stories included in my new short story collection, Abstract Clarity! Let’s begin with the first story –  Historical Hell!

Historical Hell is my favorite short story in the collection. I love them all, but Historical Hell was extremely enjoyable and interesting to write. I’ve always thought it would be cool to write a story about the possibility of someone escaping Hell, and in a way I think is very fresh, I created a story that explores the topic.

I’ve often found the whole concept of Heaven and Hell interesting and how, we don’t really know what either is like. We can only speculate and come to our own conclusions about the place where some of us believe we go after death. In Historical Hell, I decided to explore a different idea…

Hey everyone! My short story collection, Abstract Clarity, is now available for purchase in Kindle and paperback format on Amazon.com! To check it out, please feel free to do so by clicking on the link below! Thank you for all your support!

“The real meaning of Hell, a woman’s love for Halloween gone horribly wrong, and a magical pen. A mysterious place called Dream Land and an inanimate object that, with a little luck and hard work, helps change the world. In these five fantastical, terrifying, and beautiful stories, you will discover that there is more to life than the ordinary and explainable.” – Description written by B.W. Ginsburg, found on Amazon.com 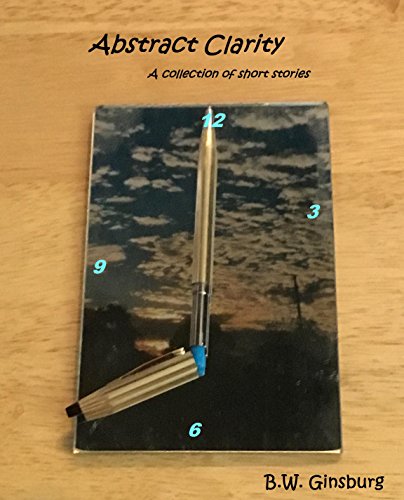 Hey guys! I’ve just updated my other blog, Rest in Piece Blog, to get ready for the upcoming release of my new short story collection! The changes aren’t big, but in order to get ready to write about more than just one book, I had to make some minor adjustments.

I am very much looking forward to sharing my new collection with you! I’m not quite sure when it will be published, but it should be fairly soon! There will be five short stories in all and they will be a mixture of fantasy and horror.

I would like to thank those of you who have continued to support me in countless ways. Your friendship and readership both mean the world to me! If you have any questions about my new short story collection, please feel free to let me know!

Hey everyone! I just finished Stephen King and Richard Chizmar’s Gwendy’s Button Box! I decided to review it for you guys! My review can also be found on Goodreads.

Gwendy runs up the Suicide Stairs every day so that she can lose weight. One day, she meets a stranger who gives her a strange box with buttons on it. The man states that the box is for only Gwendy and that the box contains two things that she will find quite beneficial – chocolates and coins. Before Gwendy realizes what’s going on, she finds herself responsible for much more than a young adult could ever imagine.

Gwendy’s Button Box is a fantastic novella. Right from the start, I was intrigued. The story is fast paced and doesn’t have a dull moment. The best books give the reader something to think about and Gwendy’s Button Box definitely achieves this. It makes you question what you would do if you were in the main character’s shoes.

Hi friends! I recently wrote a guest post for and was interviewed by the talented and kind author, Diana Tyler-Anderson! Diana is the author of two novels – Moonbow (which I am currently reading) and the first book of The Orchid Series. She also has a number of fitness books available for purchase! For more information about her work, please feel free to click here! Thank you!

Hey everyone! As I recently mentioned, I am currently in the editing process of working on my short story collection that I hope to publish in the near future. In addition to editing, I am re-writing a story that I wrote some years back. I am very excited to share this news with you. Now, there will probably be about five or six short stories included in the collection rather than just the original four. I greatly appreciate you taking the time to read my updates and support me in my writing adventure.

author of Rest in Piece

Hi everyone! So as I’ve mentioned I’m currently working on my second book – a collection of short stories! I’m very excited for this project! I believe I have already completed the first draft of three out of the four stories! Two of the stories will be 4 – 20 pages and the other two will be a little over 40 or so. So as I continue to work hard on the collection, here is my question for you:

A  collections of stories put together as one, Hearts in Atlantis, is about war, love, and the unexplainable. From Ted and Bobby and their adventures to the Vietnam war and its surrounding events, Hearts in Atlantis is a fantastic story!

To say that Stephen King’s, Hearts in Atlantis , is a good, well-written story would be an understatement. King manages to talk about the 60s – the war and all that surrounded it – and the mysteries of life in a way that is truly thought-provoking. Stephen King also is able to use about five different points of view throughout the novel without complicating the story. In fact, I found myself enjoying the different POVs and the way that it, actually, helped the flow of the story.

If I had to nit-pick, I would say I have two main issues with this novel. For one thing, it’s very long and if you don’t read the book in one or two days, you can very easily forget some of the minor characters. In fact, I found myself having to go back a bit when some of these character’s last names were mentioned. I had to refresh my memory as to who they were. Also, I think that if you haven’t read the Dark Tower series before Hearts in Atlantis (which I did not), the end of the novel still leaves some questions unanswered about one of the characters. Of course this may have been done on purpose so King could draw you to read the Dark Tower series, which does make sense. If this is the case, he did a successful job. I’m not sure if I’ll ever read the series, but I admit that I am quite curious. [Goodreads]