Once again, I’d like to wish everyone who celebrates, a Happy Halloween! Have a great, safe holiday! To all of you who don’t celebrate, have a great last day of October! Stay safe and enjoy the day!

I’m going to have to go with Sirens from Supernatural! WARNING: Scary images ahead!

So I know that this is more of a scary movie parody, but my favorite scary movie that’s in black in white is Young Frankenstein! The movie is so…freakin’…funny! I love it! 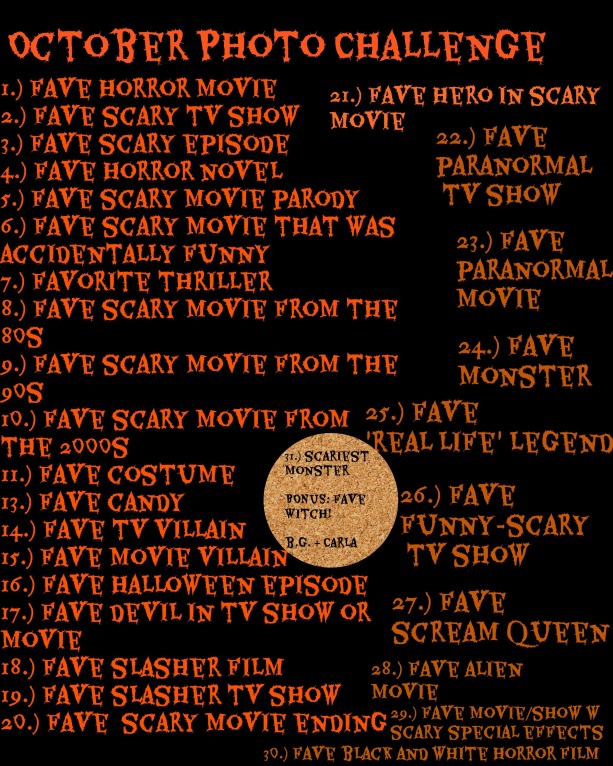 For favorite alien movie, I’m going to choose Starman. I don’t really think of him as an ‘alien’, but I guess he is since he comes from another planet! The movie has great actors (Jeff Bridges, Karen Allen) and is such a sweet movie! It also shows how typical humans are when it comes to treating others who we don’t know poorly. I love the relationship though between Jenny and Starman! I won’t give any details away, but I love the scene with the deer!

1.) Kate Beckinsale – I did see Kate Beckinsale in Van Helsing, but didn’t see her in Underworld. I’ve also seen her in non-horror/horror based movies like Serendipity and really like her!

For favorite funny – scary TV show, I’m picking a show that’s not really scary at all, but just plain hilarious. It’s a spoof on scary stuff though, so I think it counts! And the winner is…The Munsters!

I’m not 100% sure this counts, but I’m going to pick the legend of Hellhounds! As many of you know, I watch and love the show Supernatural and think the concept of Hellhounds (while scary) is pretty cool!

I had a favorite monster in mind, but then I realized it’s more of the scariest monster which is a prompt for later on in the challenge. Therefore, since I’m not quite sure what my favorite monster is, I’m going to go with a monster that I thought looked really cool! Djinns from Supernatural!

I’m not sure what my favorite paranormal movie is, so I’m going to name the first one I thought of: Poltergeist! Great movie!

My favorite paranormal TV show is without a doubt, Supernatural. However, I’ve already mentioned the show a few times in this challenge and might one more time, so I’m going to choose Stephen King’s The Dead Zone!

Okay, my favorite hero in a horror movie (TV mini-series, technically) is Constable Mike Anderson (Tim Daly). He’s the only one in the movie that wants to do the right thing. I love this movie, but I seriously hate the townspeople’s decision! I also hate how every time they talk to each other, they say their full names (who does that?!), but that’s a different story completely! Also, another great thing about Mike is that he seems to be the most moral. Andre Linoge could only come up with one negative thing about him and it was way less extreme than the others.