So I’ve just been nominated by the wonderful C. over at You’re Not Alone In This World for the April Music Tag! I am super excited (seriously, you have no idea!) to participate. Thank you so much C. for the nomination! Also, the tag she designed is really pretty! Without further ado, here we go!

One: “Name a song that reminds you of high school” :

For starters there was a rumor that went around in high school about me that wasn’t true. Also I think a lot of people judged each other. By the way, this song is really good – it’s when Avril Lavigne was still a good singer!

This song is a great song that I think describes high school in some ways. I went to a Catholic school and I learned a lot about myself and about religion. I met some wonderful people. I also learned that I am strong and that others have a great deal of respect for me. By the way, if you’ve never listened to this song (Hands by Jewel) you definitely should!

Two: “Everyone has that one song that makes them tear up, what’s yours?”

I want this as my wedding song!

Three: “What’s that one song that everyone hates, but you secretly loved?”

Ha, I’m not really sure! I know some people hate disco and that I like some of it! Also, my mom hates the new Gwen Stefani disk though I love it! 🙂

Four: “The last song you listened to?”

Oh jeez, this is hard! On my iPod I think it was Aint No Rest for the Wicked by Cage the Elephant. I also just bought the new Gwen Stefani disk that I love!

Not really sure, but I have discovered some Michael Jackson music videos that I’d never seen before. 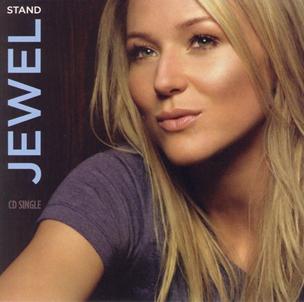 Eight: “First CD to own”

I’m embarrassed to say this, but I’m not sure. I’m guessing something by Jewel.

Nine: “Artist that left too soon”

I didn’t like him as a person due to his actions, but I did love Michael Jackson’s music. When it comes to singers or bands that I think didn’t last long enough in terms of being good, this includes Avril Lavigne and Maroon 5. I used to love them but I feel like they’ve gone down hill. Especially Avril Lavigne. Seriously.

Ten: “A song from the year you where born?”

I’m not really sure. A lot of the groups I like are still together! It would be cool if all the Beatles were still around and making music.

Hmm…not sure. My favorite song is probably a Jewel song, but I think she considers her music country now, and I’m not a fan of country. Though at the time of making my favorite CD by her, she wasn’t considered country. I don’t know my favorite song in general, but lyrically it’s New Wild West by Jewel, so let’s go with that!

Thirteen: “Song you can’t help but dance to”

And so many others!

Tangled Up In Music

In Silence We Suffer

Anyone Who Wants to Participate! If you do, please let me know! I’d love to read your answers!